Morgan Academy is a prominent A-Listed landmark in Dundee, devastated by fire in March 2001. It was a spectacular blaze, which gutted the internal construction and roof, leaving only the stone facades.

Rather than demolish the remainder of the School, Dundee City Council opted to restore the building, whilst creating a modern secondary school behind the retained façade.

Mansell was appointed as the Principal Partnership Contractor and Forster was awarded the Slating contract, following a tender and interview selection process.  The contract was let on a partnering basis with an ‘open book’ commercial audit of our tender costs, materials, procurement, etc by Mansell and Dundee City Council.  This principle involved sharing any commercial gains against our tender between sub-contractor/main contractor/client and incentivised the parties to work together rather than individually.  This was the first time Forster had worked under this arrangement and would have no hesitation in doing so again, particularly on a complex refurbishment such as this.

The Restoration Architects, Simpson & Brown selected Burlington Slates for the project and we set about re-creating the visual effect of the original roof appearance from old photographs and videos of the school.

We finalised a schedule for every roof panel that specified the number of courses, individual slate size per course, headlap, gauge and tonnage involved and Burlington provided the huge range of sizes required.  The front elevation conical turrets also required fishscale profiled slate, which added another dimension.  In total 33 panels, 20 dormer roofs, 3 pyramid roofs and 4 conical roofs were allocated slate on a course by course diminishing size basis.

With the extensive nature of repairs and involvement with stonemasons, plumbers and joiners the works required careful co-ordination.  Add in the logistics of moving up to 20 different slate sizes in individual crates to each roof panel, it gives an insight into the unique nature of the project, which was ultimately delivered under budget.

Dundee City Council also took the opportunity to re-slate some of the newer parts of the school, where were unaffected by the fire, whilst we were on site.

Morgan Academy is one of the most technically and logistically challenging projects we have undertaken, but is testament to the collective ‘can do’ attitude by all involved 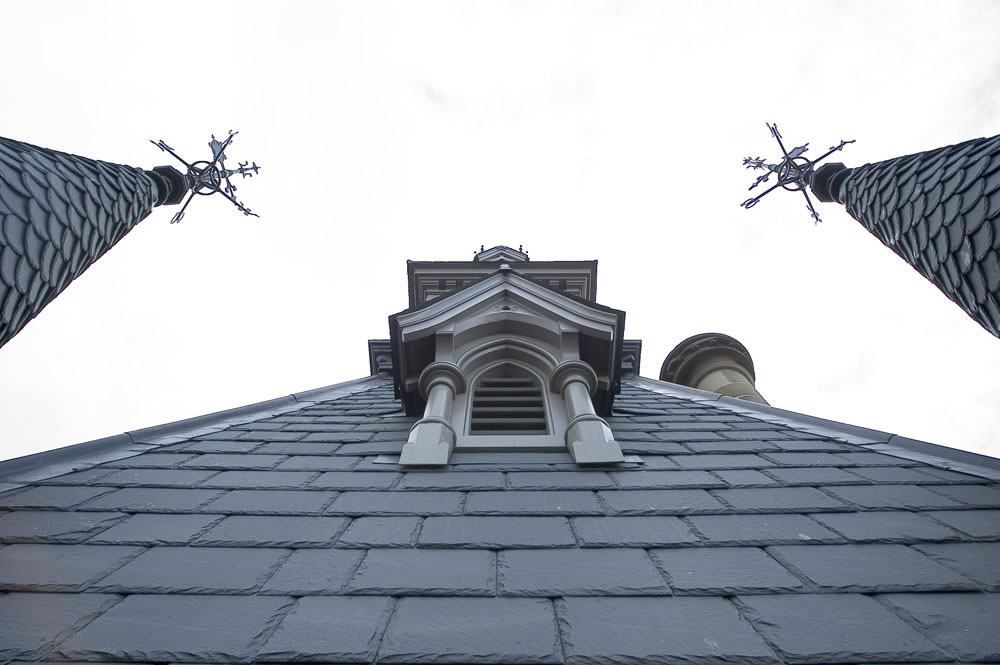 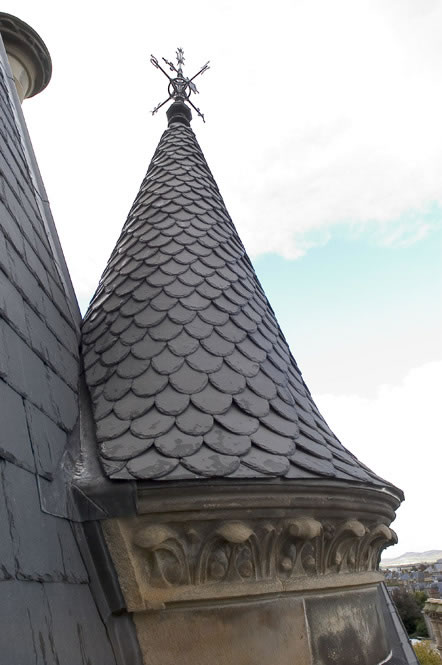